Kevin was born and raised in New Orleans spending his formative years lying face up in his parents basement listening to the incessant knocking of the 32” 3 light Bendlin cage ceiling fan as it droned above the crusty mat where he slept and dreamed of owning a pony.  Inspired by the fan’s 5/3 timing, he began playing air drums to Perry Como songs played at 3 times speed.

His penchant for wearing lipstick came at the age of 8 after watching Ginger on Gilligan’s Island during season 2.

His dad saw potential, watching Kevin wail away on his magical albeit mythical set of drums performing each and every song on the Kiss Alive II album to perfection. For his 12th birthday, he bought Kevin a real set of drums purchased from a trucker in Chalmette.  Confused, Kevin continued playing air drums for three years, leaving the real kit sitting idle.  Understanding that air drums, while a passion could not be heard, Kevin began banging away on the real thing.

Soon after, there was “Pandemonium”.  Not the real kind like one would find at Walmart when bottled water goes on sale, but the band.  They. Were.  Awesome.  But “Bunch of Cucumbers” was awesomer and he joined their ranks two years later.  That same year, in 1988, Bag of Donuts was formed. Kevin, along with the other founding members had many long discussions about the need for not only a better form of government, but also the universal understanding that not all makeup is created equal.

Along the way, other stuff happened.  Kevin worked for a brief time as a toe model for JC Penny.  He did finally fulfill his dream of owning ponies and began “Fletcher’s Farm for Aged Ponies” in 2002.  His love for ripped t-shirts has led him to other creative outlets outside of music, including his own designer brand of shoe laces for cycling shoes (available on Amazon in spring.) He’s currently writing a book to be titled, “Why I Bang: The Ins and Outs of Being a Sex Cymbal” with the forward to be written by long time fan and regionally famous body hair grooming artist Fred LeBlanc.  Kevin is joyfully married and has two sons. He and his family are often seen around New Orleans wearing super hero costumes and making everyone around them smile… or very uncomfortable. 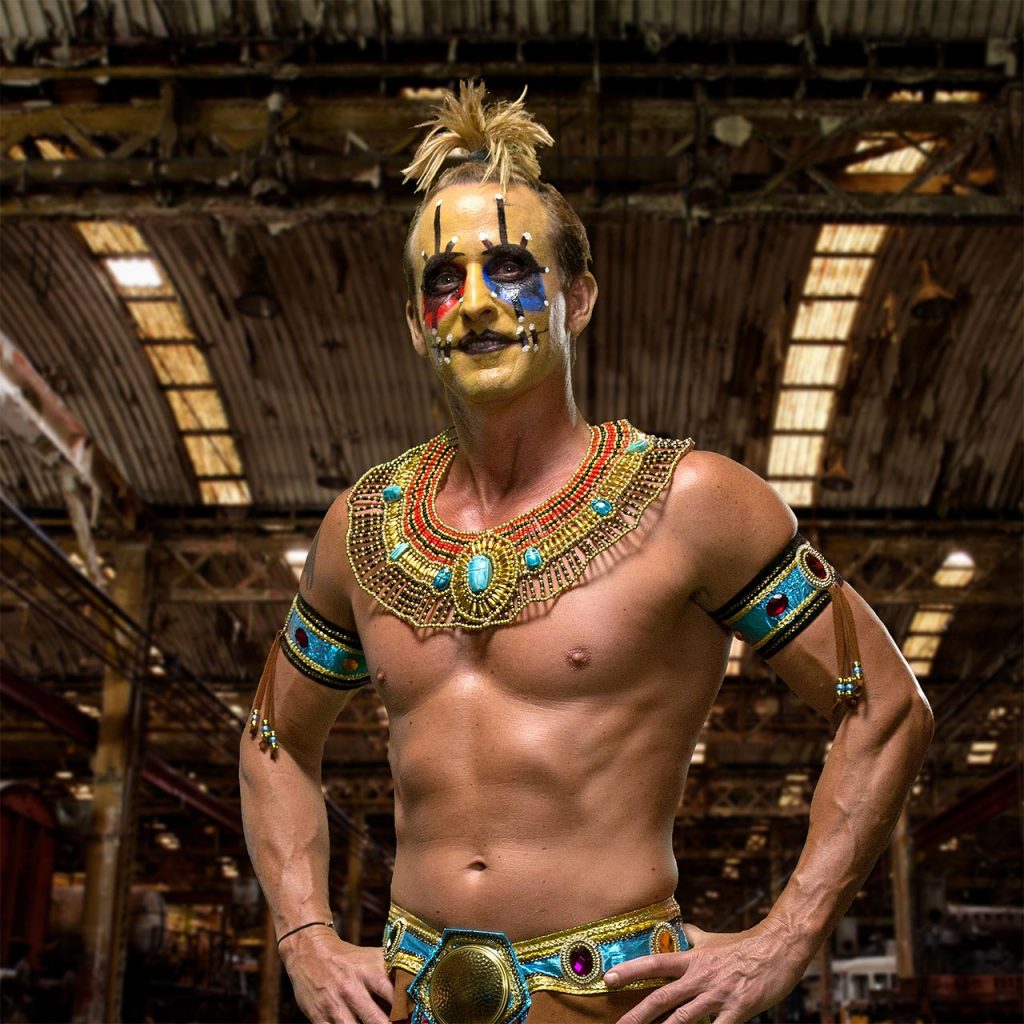